One man’s battle with cancer, homelessness and finding a place called home 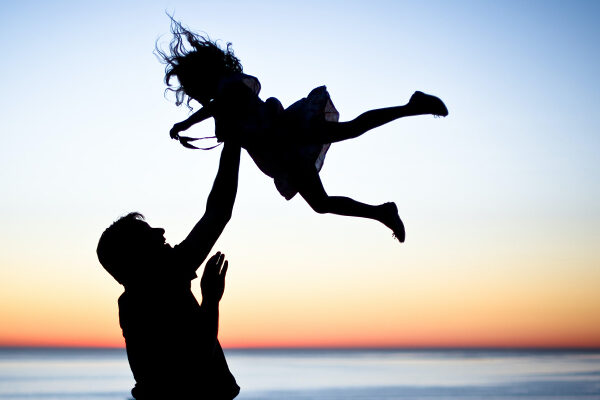 Christmas this year takes on a whole new meaning in a world craving connection, laughter and priceless memories with family and friends, more than ever before. For others who’ve experienced homelessness and disadvantage, like *Fred, the festive season can be a painful reminder of how people have felt isolated and alone.

COVID-19 has pushed a surge of people in Victoria and globally to the brink, as they’re unable to afford rent, mortgage payments or daily living costs.

Fred, a friendly, well-educated man, knows exactly what it’s like to be on top of the world before life goes into freefall.

“I got diagnosed with cancer in 2009. That really hit me like a tonne of bricks. Up to that point I felt like Superman – invincible,” Fred says.

“My wife was six months pregnant with my third child. It was so tough as we were living on a two-and-a-half-acre property and I couldn’t physically do anything.

“I became really withdrawn and depressed. The chemo really knocked me about. I started drinking to help get through the queasiness from the chemo, which probably wasn’t a good idea.

“It did help me get through it, but unfortunately [the drinking] carried on.”

In those dark times, Fred valued the precious bond with his daughter.

Life spiralled quickly, when drinking came between him and his family: his marriage broke down, then he experienced homelessness.

“I had really withdrawn emotionally. I wasn’t expressing my emotions which I think was a product of the time I grew up: If a man showed any sort of emotions it was a sign of weakness,” Fred explains.

“My drinking increased and I withdrew even more. I ended up in hospital and spending New Year’s Eve in hospital, which was lovely (not really).”

One of the social workers at the hospital broached rehab with Fred; by this time, he hadn’t seen his daughter for six months. But it was the good relationship he maintained with his ex-wife and his daughter which drove him to turn things around and search for secure housing.

Fred knew homelessness wasn’t his identity: he knew the person he was and who he wanted to be.

It all started with a meal at our Dining Hall …

At a pivotal juncture in his life, after a series of transitional homes and rehabilitation programs, a friend suggested they both go for a meal in our Dining Hall at St Kilda. A memory Fred recalls fondly.

“I had breakfast. Scrambled eggs on toast, baked beans, a coffee and some juice,” he says.

“It reminded me of how I felt eating my first meal after [my] cancer surgery. My tongue was dancing around and doing high fives. I was like ‘how good is this?!’

“It was incredible nobody was judgmental. It was a really safe space. There was no pressure to do anything. It really surprised me to get something for nothing.”

Like many others, Fred’s first meal at Sacred Heart Mission chartered a major positive shift in his life. While the pandemic has made us change our dine-in service to takeaway only: we’re still focused on providing meals and much-needed support, as it’s the first step to connect people with their community, break down barriers and help them permanently exit homelessness.

“It was just before my 50th birthday. I had a decent chat with the Sacred Heart Case Manager. He could tell that I really wanted to make a change. He mentioned there was this program called Journey to Social Inclusion (J2SI) that he would refer me to,” Fred says.

“I was accepted and they got me a place in a private block of flats. I remember taking my daughter there, it was a stinking hot day, about 43 degrees. I opened up the door and said ‘this is our new home’.”

Life fell back into place: he revelled in his new, safe home with his daughter, who also loved the new toys given to her by a J2SI worker.

“You know when kids jump up and down with glee? That’s just what she did. It’s such a lovely area. There’s a park right next door, which my daughter loves too,” Fred recalls.

Fred’s lived in his home for three years now and proof, proper housing and support is the solution to end homelessness. He’s leading a rehab program in his community and also provides support to people who are going through similar cancer treatments he went through.

By the time you read this, Fred would’ve finished his studies and plans to take a little break before starting his Master’s.

His journey out of homelessness was possible because of you and your ongoing, wonderful support: starting with a meal, building trust, and participating in our groundbreaking Journey to Social Inclusion program.

“I just really appreciate your support. Without your selflessness, where I’m at now just wouldn’t be possible,” Fred says.

“The Dining Hall is so important. It helps so many people. If it wasn’t for the Dining Hall, I would hate to imagine what all the people who go for a meal would do.” 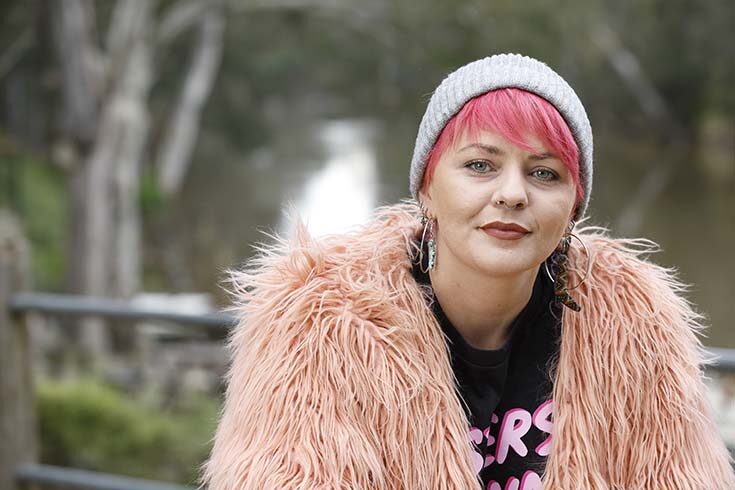 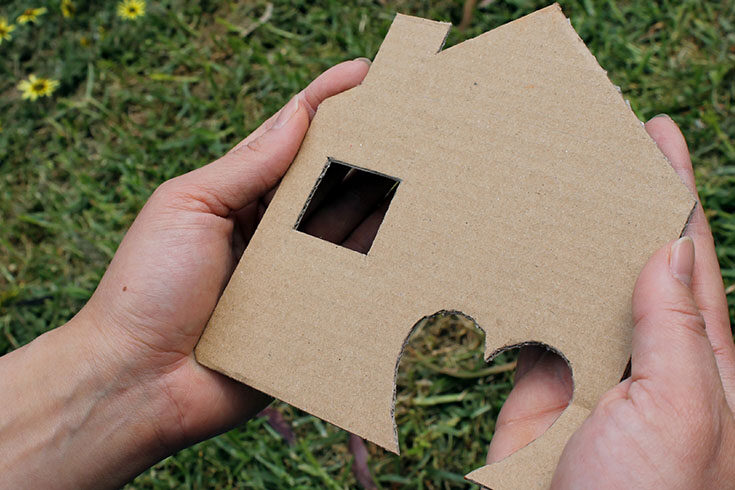 Response to the Federal Budget 2022-2023
Read article
View all 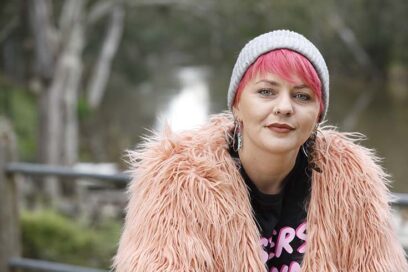 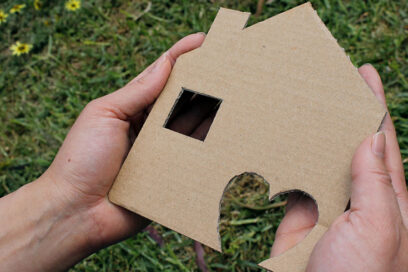 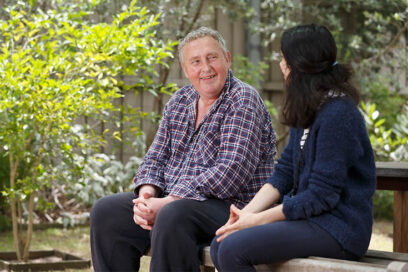 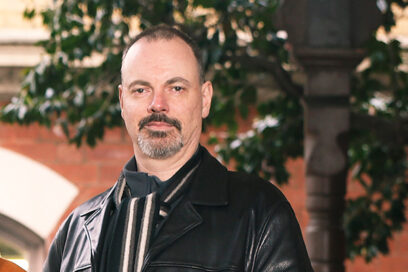 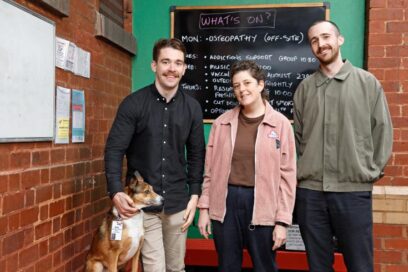 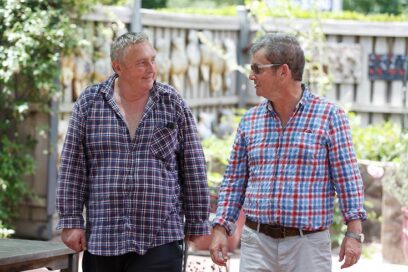 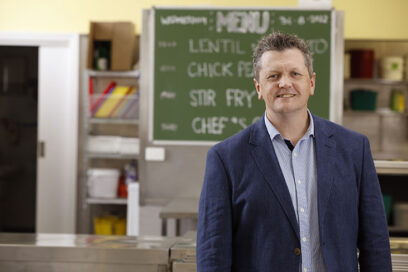 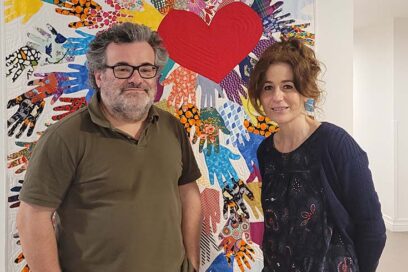 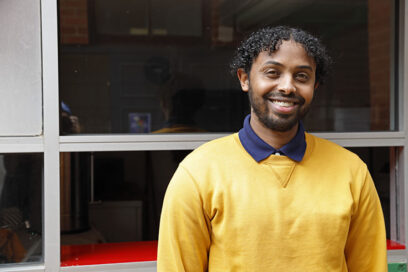 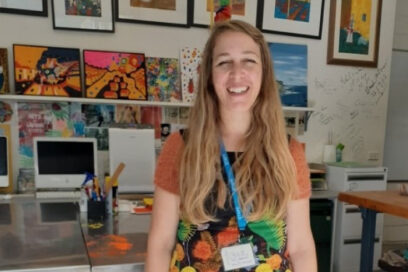 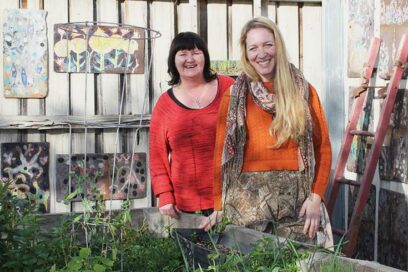